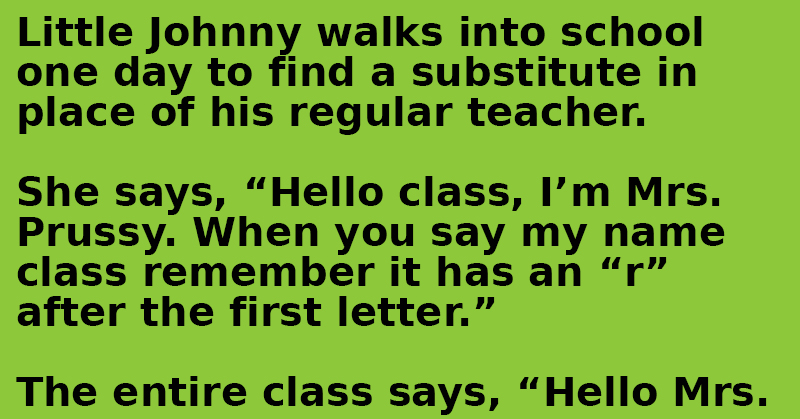 One day, little Johnny walks into school to find a substitute in place of his regular teacher.

She says, “Hello class, I’m Mrs. Prussy. When you say my name, class, remember it has an “r” after the first letter.”

A few days later, the regular teacher is still sick when Little Johnny gets to his desk the teacher asks what her name is.

Johnny thinks hard and then says to the teacher,

“I remember it has an “r” after the first letter.”

Then after a few seconds, Little Johnny says, 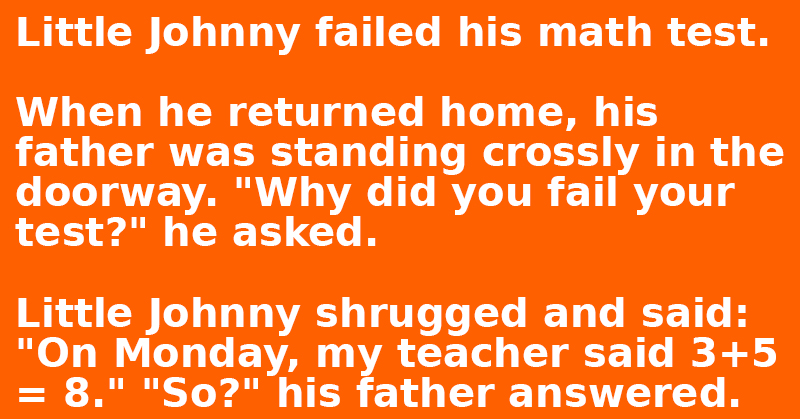 His mark was so bad, that his teacher called home to talk to his father.

When he returned home that afternoon, his father was standing crossly in the doorway.

“Why did you fail your math test?” he asked.

His father was surprised by his excuse and asked Johnny to elaborate.

“So?” his father answered.

“If she doesn’t know what equals eight, how am I supposed to know the right answer?”